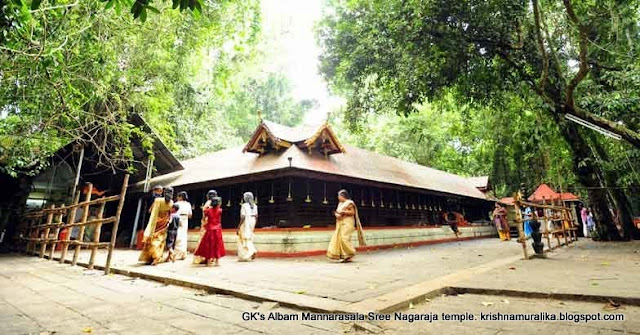 Many things come together to create an arcane lure about this temple. The ambience lit up by the forest glade with over 30,000 images of snakes, the distinction of having a chief priestess, legends about the first priestess who gave birth to a five-headed snake, the well known Ayilyam festival and much more! Yes, the renowned Mannarasala Sree Nagaraja temple is unique in many ways and the Ayilyam festival celebrated here crowns its glory.

One of the highlights of the Ayilyam festival is the procession in which all the serpent idols in the temple and the sacred grove are taken to the illam (the Brahmin ancestral home) that manages the temple. The priestess will carry the idol of Nagaraja, which is the presiding deity of the temple. Special rituals and cultural programmes are performed as part of the festival. 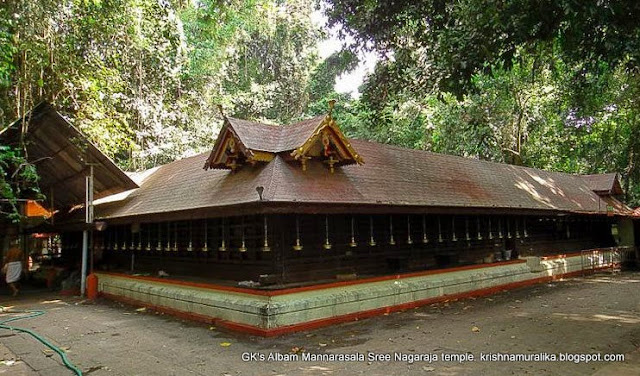 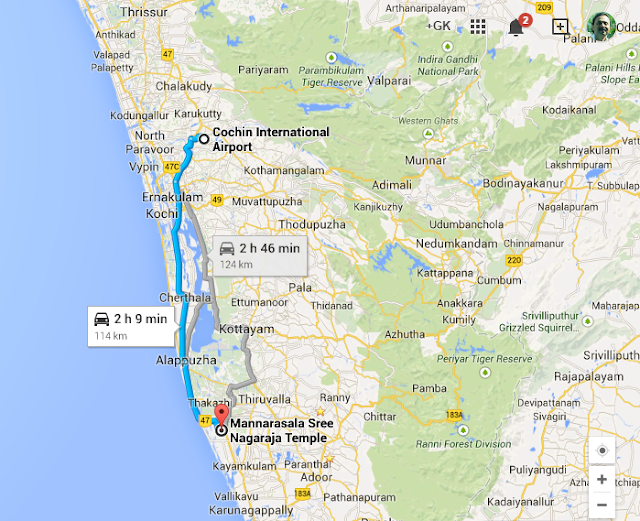 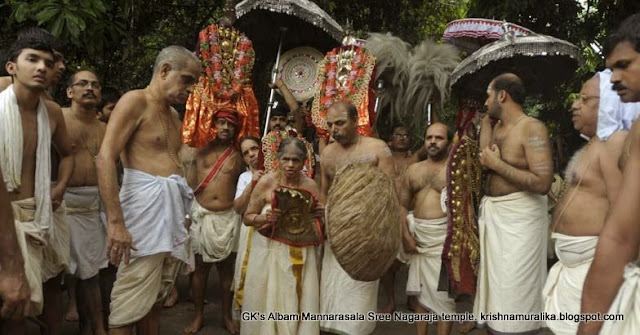 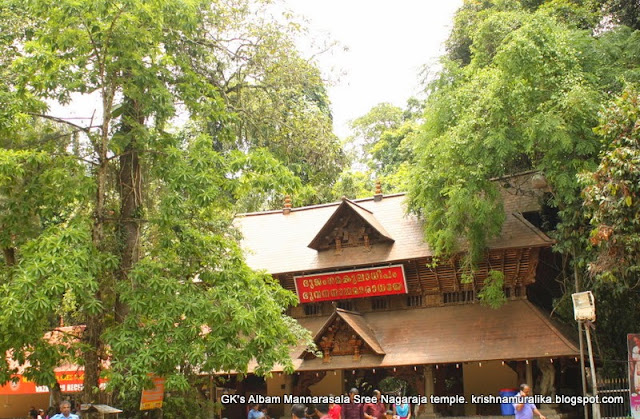 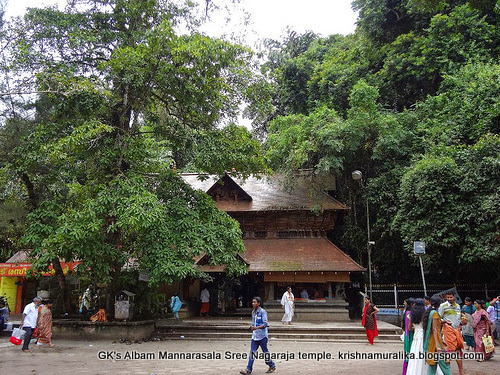 Valia Amma has a special pattern of pooja everyday, and she must perform pooja in the sanctum sanctorum itself on certain days like

On the first day of every month, malayalam calendar

On the day of Pooyam star each month, malayalam calendar.

From the beginning of Magha to the eve of Sivaratri.

Thiruvonam in the month of Chingam.

From the 1st to the `12th of Karkitakam.

Twelve days before Ayilyam in Kanni and Tulam.

On the Ayilyam day of every month: the special Nurum Palum in front of Nilavara at the Illam.

( If it becomes inconvenient to perform these poojas, nobody is to do it as a substitute) 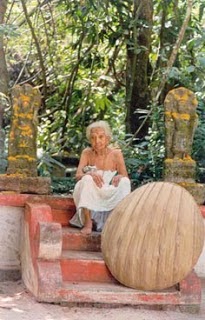 The former Valia Amma, who attained Samadhi on 24th October 1993, had a long and expert experience in Nagapooja, and was a great hermitess; a brahmacharini. When she attained Samadhi at the age of 91, she had completed many decades as Valia Amma.


She, Savitri Antharjanam, was born on Anizham Star in the Month of Tulam 1079, and her wedding was on 18th of Chingam 1092. She assumed the position of Valia Amma on 28th Tulam 1093 and started Nagaraja pooja on 23rd Makaram 1094. Her Satabhishekam (Celebrations for completing 80 years of age) was celebrated with great pomp and splendor on 4th November 1986). When she attained Samadhi, numerous leaders and prominent personalities from different walks of life had flowed to Mannarasala to pay homage to that great spiritual hermitess, who had blessed the devotees and spread the divine radiance for many decades as Valia Amma.

Valia Amma of today is Uma Devi Antharjanam, and she was consecrated as the Valia Amma on 24th October  1993, when she was 64 years old. She is also the wife of the late Shri. M.G.Narayanan Namboothiri 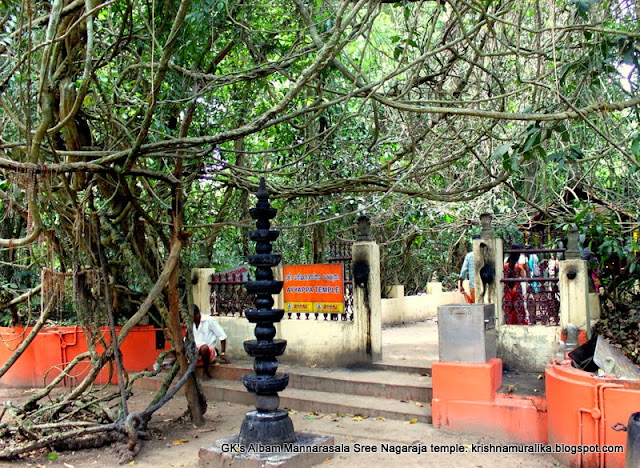